I’m an Explorer, Not a Flake! 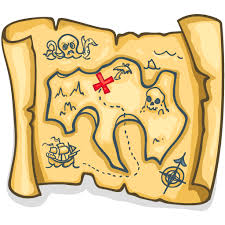 At a recent networking event we were asked to describe our particular creative bent. In the room there was a poet, a novelist, 2 photographers, a jewelry maker, a hand analyst, a creative coach, and then it was my turn.  What is my creative bent? So many things; basket making, creating from found objects, doodling, drawing, workshop exercises, graphics, and on. The joy of learning, the novel, the new.

My play personalities are mainly the creator and the explorer. As I was drifting off to sleep that night I realized that even in my creative endeavors, I am an explorer. The seeker after the new, conqueror of unexplored territories, wanderer in the unknown. I plant my flag, get familiar with the territory, and move on.

I suppose, if my secondary play personality had been the kinesthete I would have been a traveler, a hiker,  a sky diver. Instead I do my travel through books, documentaries, movies and other people’s stories. My explorations are more cerebral, more sedentary.

The characteristics of the explorer were reflected back to me as a child and young adult as personality flaws. I was told I was fickle, never finished anything, lost interest.  Because of this I would never succeed at much. My grandmother tried to get me to enlist in the military because I needed the structure and some outer force to keep me on track.

Until recently I often gave voice to self criticism that validated those opinions. Small comments, warnings to people, that I would get bored with whatever and move on. I also bought in to the “you never finish anything” message.

It’s not true that I never finish anything.  However I do have my own standards as to what “finished” is.  I had to step back and look at a broader picture. I’ve been in the same relationship for almost 40 years. I operated Flamingo Surprise for 16 years. I have friendships that have spanned decades. These are not flighty, oh a shiny thing, I’m bored now so I quit things.

I finish books, unless they’re so dreadful that I just can’t stand it.

I complete arts and crafts projects – at least the first few. There are projects that lose their appeal.  I knitted a large afghan, and started a second one which was abandoned about 1/3 of the way through because I’d done enough to know this wasn’t going to be a passion for me, or even relaxing. Same with latch hook rugs, one and done.

But when there is an emotional connection with the work it persists. Even through the doldrums. It may be put away for a while, and then picked up again with renewed enthusiasm.

Recognizing that this is the explorer personality makes it all so clear to me, so much easier to explain to myself and easier to shake off the stigma embedded by all those childhood judgments.

Evicting the critical voices from our past, the voices that lied to us because they didn’t understand, the voices we believed because they were the voices of those we trusted, this is work that apparently never ends. But it is work we need to keep doing in order to become truly, wholly, apologetically ourselves. And I’m still exploring how to do that. How about you?